Queen Elizabeth II, who died September 8, 2022, at the age of 96, was the longest-serving monarch in British history. While she was not in direct line for the throne at birth, she became heir apparent at the age of 10 when the abdication of King Edward VIII, her uncle, made her father the monarch. A devotion to service—which began before she ascended the throne—was the hallmark of her reign. As a teenager during WWII, she made radio broadcasts to boost the morale of the British public, and after turning 18, she joined the women’s branch of the British army, where she was trained to become an auto mechanic. In a speech marking her 21st birthday Elizabeth said, “I declare before you that my whole life, whether it be long or short, shall be devoted to your service, and the service of our great imperial family to which we all belong.”

When Elizabeth II traveled the globe, although she did not make political pronouncements, her official presence at events had the force of diplomatic statements. She participated in approximately 300 public events each year. She held weekly meetings with prime ministers, fifteen during the course of her reign, beginning with Winston Churchill and ending with Liz Truss just two days before her death.

There were some light-hearted events, too, like the queen’s tea with Paddington Bear. And she opened the 2012 Olympics with an elaborate video showing her being whisked away to a helicopter by Daniel Craig, portraying James Bond, where a stunt double dressed like Elizabeth parachuted into the opening ceremonies.

Queen Elizabeth II did not cut back on her appearances and duties until her final year, and then only on medical advice. For her Silver Jubilee in 1977, she reflected on her early promise of service: “Although that vow was made in my salad days, when I was green in judgment, I do not regret nor retract one word of it.”

The following is a list of books about Queen Elizabeth II. If you are signed up for BARD and download books, the link at the end of the book annotation will take you to BARD.

Please remember DB are audio books and BR are braille books. To order any of these titles from the library, please call and let us know which ones you would like to receive: 603-271-3429.

An in-depth portrait of Britain’s Queen Elizabeth II. Offers inside views–including scandals–of her parents and other forebears, sister, husband, and four children. Tells how she copes with the pressures of being head of state, wife, and mother in an era of tumultuous political and social change. 1996.Download DB51345

This dual biography intertwines the lives of Elizabeth II, who would become queen, and Margaret, who would forever remain in her shadow. Edwards shows how quickly they developed different personalities. Elizabeth became serious and reserved, while Margaret retained her feisty spirit. It also discusses the sisterly loyalty that has sustained them throughout life. 1990.Download DB33196

Queen of the Worldby Robert Hardman

A biography of Queen Elizabeth II, monarch of the United Kingdom, that focuses on her active role in international affairs as a diplomat, stateswoman, pioneer, and peace-broker. 2019.Download DB104603

Monarch: The Life and Reign of Elizabeth IIby Robert Lacey

Overview of the monarchy of Great Britain from Queen Victoria in the nineteenth century to Queen Elizabeth II’s Golden Jubilee in 2002. Explores the crown’s uneasy relationship with the press and Elizabeth’s endurance of criticism over the misbehavior of members of her family. 2002.Download DB54923

The Queen: A Biography of Elizabeth IIby Ben Pimlott

The author describes how Elizabeth II, who was never expected to become queen, was thrust toward the role after her uncle’s abdication as king. Pimlott suggests that through no fault of Elizabeth’s, political and social upheavals and scandals involving her children have come to threaten the existence of the monarchy since she began her reign in 1952. 1997.Download DB47203

British historian recounts the life and times of Great Britain’s queen from her 1952 ascent to the throne to her 2002 Golden Jubilee. Describes how Elizabeth II adjusted to modern times the ancient monarchy she inherited, surviving notable challenges, among them the tabloid reports of her family’s affairs. 2002.Download BR14333

Elizabeth the Queen: The Life of a Modern Monarchby Sally Bedell Smith

Biography of Great Britain’s Queen Elizabeth II (born 1926) by the author of Diana in Search of Herself (RC 48833). Covers her childhood, coronation, and work ethic. Includes anecdotes about palace intrigues and her relationships with family, friends, and politicians. Concludes with Queen Elizabeth II’s 2012 Diamond Jubilee. Bestseller. 2012.Download DB74430

An account of Queen Elizabeth II’s life as a young adult, her public life, her work with the Women’s Auxiliary Territorial Service, and her forward-looking thinking upon rising to the crown. Examines how the young queen carved out a role distinct from that of her parents and grandparents. 2012Download DB84815

Popular audiobook downloads for May 2022

The most popular titles downloaded by BARD users in May were:

DB 106917    City of the Dead: An Alex Delaware Novel by Jonathan Kellerman

DB 107276    What Happened to the Bennetts by Lisa Scottoline

DB 107513    Americanon: An Unexpected US History in Thirteen Bestselling Books by Jess McHugh

Posted by Marilyn at 1:02 PM No comments:

Russia and Ukraine: The People, Culture and History

With Russia and Ukraine occupying much of the headlines these days, the Kansas Regional Library put together a list of titles that represent both countries’ people, culture, and history. Seeking information on these countries is a good step to wrap our heads around this current event.

Professor of Russian history undertakes an impartial history of the vast, diverse, and unruly country, from the tenth century to the Putin era. Portrays important individuals in the nation's past, from Peter the Great and Catherine II to Lenin and Stalin. Examines the Soviet experience and the post-Soviet era. 2012.

DB 100397  Putin's People: How the KGB Took Back Russia and Then Took On the West by Catherine Belton

An investigative journalist recounts how Vladimir Putin and the KGB agents surrounding him rose to power. She discusses the strategies implemented to replace the previous regime, take control of the economy, and launch influence abroad.  Commercial audiobook. 2020.

DB 78422  Ukraine: Birth of a Modern Nation by Serhy Yekelchyk

Survey of Europe's second-largest country, Ukraine, and its history through the 2004 Orange Revolution. Chronicles the twentieth-century revolution, famine, and Nazi and Soviet occupations. Highlights the nation's 1991 independence and emergence as a modern state. 2007.

DB 84209  Gates of Europe: A History of Ukraine by Serhii Plokhy

A historian examines Ukraine's past in an effort to better understand its present and future. Plokhy details how, given its unique geographical situation between Europe, Russia, and the Asian East, Ukraine has been shaped by empires repeatedly using it as a strategic gateway between East and West throughout history. 2015.

Journalist explores contemporary life in Ukraine, examining Ukraine's repeated rebuilding of itself, the political roots of its early twenty-first century conflicts, and its issues with corruption, poverty, ethnic divisions, and Russian aggression. Also profiles the many-faceted lives of Ukrainian individuals, including a doctor, an art gallerist, and a musician. 2016.

DB 88876  The Crimean Nexus: Putin's War and the Clash of Civilizations by Konstantin Pleshakov

Foreign-policy-analyst-turned-professor's examination of the conflicts occurring in the early twenty-first century between Ukraine and Russia. Discusses ethnic tensions and the complex political history underlying the two countries' relations. 2017.

The Pulitzer Prize-winning author recounts Stalin's 1929 agricultural collectivization efforts, which forced millions of peasants off their land and led to a catastrophic famine. The author argues that the state deliberately set out to cause the deaths of millions of Ukrainians in response to a series of rebellions. Contains some strong language and violence. Commercial audiobook. 2017.

Details the confrontation over who should maintain the keys to the Church of the Nativity in Bethlehem and the resulting conflict between Russia and allied Britain, France, and Turkey. The war created numerous battlefield innovations including constant press coverage, trench warfare, underwater mines, and the frontline nursing of Florence Nightingale. 2000.

DB 89102  Who Lost Russia? How the World Entered a New Cold War by Peter Conradi

An analysis of Russia's path since the collapse of the Soviet Union in 1991. Discusses international relations and posits that America has made an enemy by consistently failing to understand Russia's plans and motives. 2017.

DB 89395  The Future is History: How Totalitarianism Reclaimed Russia by Masha Gessen

Russian journalist and biographer examines the issues her native country has recently faced. Follows four different individuals born at the promised dawn of democracy, and charts the effects of the new autocracy on their lives as the old Soviet order reemerged. Unrated. Commercial audiobook. 2017.

Posted by Marilyn at 8:43 AM No comments:

Orlando Figes is an award-winning author of books on Russian and European history.

The library has 3 of his books:

In The Guardian, Mr. Figes recommends other authors who write about the history of and between Russia and Ukraine. Some titles by these authors are available in the library collection:

DB 50339       The Collected Tales of Nikolai Gogol. Thirteen stories translated by Richard Pevear and Larissa Volokhonsky. Four from Evenings on a Farm near Dikanka (1831-32): "St. John’s Eve," "The Night before Christmas," "The Terrible Vengeance," and "Ivan Fyodorovich Shponka and His Aunt." From the Petersburg tales: "Nevsky Prospect," "The Diary of a Madman," "The Nose," and "The Overcoat" among others. 1998.

*Please be aware that some of these works may have strong language.

The Talking Books Program exists to meet the reading needs and interests of New Hampshire residents who are physically unable to see, handle or process printed material comfortably

Comments on this blog are welcome, but they are moderated. Comments that we feel make a positive contribution to the discussion will be posted. Please add your name to the text of your comment if you use an Anonymous login.
This NH State Library blog is part of the NH Department of Natural and Cultural Resources and follows the DNCR's Social Media Rules of Engagement 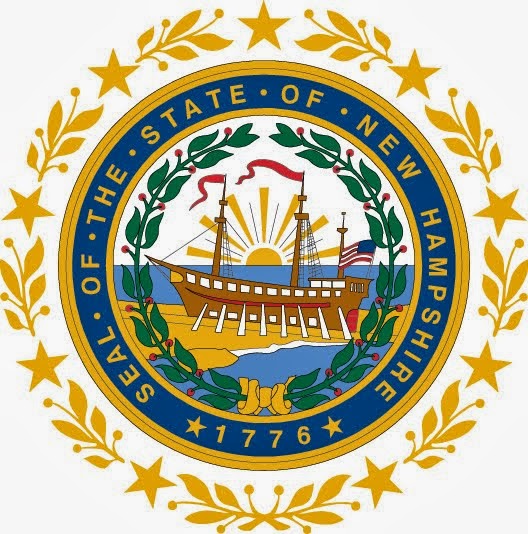 Talking Books Services is a section of the New Hampshire State Library, a division of the NH Department of Natural and Cultural Resources